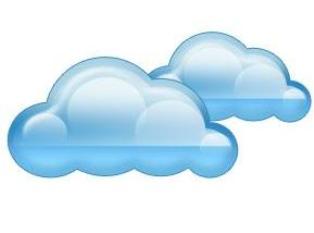 A 45.6-percent increase in revenue from cloud-based products helped Vertex to cut its loss by more than half for the third quarter ended September. The indirect tax software company also so revenue rise 16 percent year-over-year for the recently reported quarter.

Vertex lost $9.6 million for the most recently ended period, down from $21.3 million a year ago.  Revenue rose to $110.7 million, up from $94.6 million in last year’s corresponding period.

In a recent earnings call, the company noted cloud-based revenue reached $33.3 million. Growth was also impacted by the acquisition of Taxamo and LCR-Dixon

Bob Scott has provided information to the tax and accounting community since 1991, first as technology editor of Accounting Today, and from 1997 through 2009 as editor of its sister publication, Accounting Technology. He is known throughout the industry for his depth of knowledge and for his high journalistic standards.  Scott has made frequent appearances as a speaker, moderator and panelist and events serving tax and accounting professionals. He  has a strong background in computer journalism as an editor with two former trade publications, Computer+Software News and MIS Week and spent several years with weekly and daily newspapers in Morris County New Jersey prior to that.  A graduate of Indiana University with a degree in journalism, Bob is a native of Madison, Ind
Read 237 times
Rate this item
(0 votes)
Tweet
More in this category: « IRS Increases 401(k) Limits IRS Publishes Inflation Adjustments »

PMG360 is committed to protecting the privacy of the personal data we collect from our subscribers/agents/customers/exhibitors and sponsors. On May 25th, the European's GDPR policy will be enforced. Nothing is changing about your current settings or how your information is processed, however, we have made a few changes. We have updated our Privacy Policy and Cookie Policy to make it easier for you to understand what information we collect, how and why we collect it.