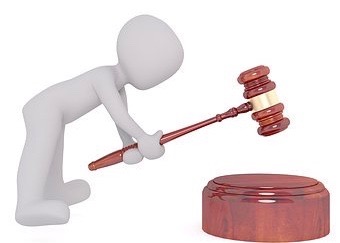 Two New Orleans, La., area preparers have been barred from preparing federal income tax returns for others. The two, Mario Alexander and Leroi Gorman Jackson, were booted from the tax business by a federal judge after the government accused them of preparing fraudulent returns using a variety of techniques.

The two, who operated Taxman Financial Services, have prepared more than 12,000 returns since the 2017 filing season. Besides preparing phony returns with exagerated and fabricated deductions, the two are also accused of utilizing other taxpayers’ personal identifying information.

Alexander, who is alleged to have used others’ IDs to avoid an investigation, has also not paid past penalties for violation of due diligence requirements.

Both were said to have obtained fraudulent tax refunds and charged exorbitant fees for services, often without their customers’ knowledge

Jackson was barred by the Louisiana as a tax preparer in that state in February 2020. He was arrested in 2017 for false returns and for withholding $21,891 in payroll taxes from his employees’ paychecks but failing to remit the withheld taxes to the state. He pledged guilt to a charge of Filing False Public Records and pleaded guilty to a similar charge in 2014.